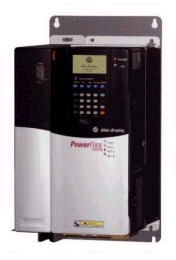 A ‘Drive’ is an electronic device that controls input power supply to an electric motor. Through electronic switching, a Drive can save energy by reducing the input power to a motor to match the running load.

Early Drives were simply added onto existing motors; sometimes they worked well, often they burnt-up the motor they were supposed to be controlling. MANY improvements have been made and today’s Drives are very reliable. However, not all motors and not all loads are candidates for a Variable Speed Drive (VSD) control.

The most common application for a variable speed drive are large air handlers on building HVAC systems. This is because fans respond very well to speed control, the loads are always changing, and most of the time they are less than 100%.

Pumps, air compressors, chillers and other large packaged equipment can be ordered with integral Variable Speed Drives and motors designed precisely for their application. The controls may even include total shut-off of the motor for as little as several seconds at a time during periods of light loads to achieve maximum savings.

There have been a variety of systems developed using a variety of techniques for different applications. They include:

Today, the all AC Drive that controls a combination of frequency and voltage and includes a closed-loop feedback system from the AC motor dominates the VSD Market.

How VSDs Save Energy/Money

In most facilities, centrifugal pumps and fans run at fixed speeds. An automatic valve, or some other mechanical means varies fluid flow rates. However, if the facility used VFDs, the motor speed could be changed electronically. By adjusting a pump’s or fan’s speed to get a desired flow rate, instead of using a damper or valve, can result in significant energy savings.

On the basis of the laws of affinity for centrifugal loads, volume of flow is directly proportional to speed (in rpm). Pressure (or head) is proportional to the square of the speed. Input power is proportional to the cube of the speed. So, energy savings occur as the requirement for volume decreases. If, for example, a building-management system calls for operation at 50% volume, it requires only 12.5% of the power needed to run the system at 100% volume. Because power requirements decrease faster than the reduction in volume, there is potential for significant energy reduction at lower volume.

There are a number of different terms used to describe the AC Drive. AFD, VSD, VFD and Inverters all are used but have the same meaning. The main purpose for all AC Drives is to control the operation of the AC motor with regard to speed and torque.

A lot of “BUZZWORD” are used by suppliers in any attempt to convince the user that their products are better suited to an application. For the most part there are only subtle differences that exist between the suppliers products. Most applications depend only on the characteristic of the applied motor and the current rating of the AC Drive. Accurate speed regulation still depends on some type of feedback where the actual speed is detected. Fortunately, most applications do not required precise speed control and as such can use most of the AC Drive products that are on the market. There are differences in the quality of the product and differences in the ability of the supplier to support and service their products, but in most cases, the user has many choices for supplier and products which will result in the successful use of an AC Drive and improvement for the process.

When it comes to applying ac drives, it is important that the user does not get caught up in the “MAGIC” image that some drive supplier attempt to create for their products. When it comes to controlling motors, it is still volts and amps that determine how the motor will perform. The most important parameters are voltage. Since the speed will vary from low to high speed, the voltages at each of these operating point should be adjusted for optimum performance. Too little voltage will result in not enough torque or too much current. Too much voltage will result in the motor overheating.

There are five key points that should be considered when attempting to apply variable speed drives:

In general, most applications can use a standard or energy efficient motor with an ac drive and improve energy saving and performance. Some applications need a “little extra attention.” Applying ac drives can be made simple if care is taken regarding voltage from the source and current demanded by the motor.

Energy is supplied to the process through the motor shaft. Two physical quantities describe the state of the shaft: torque and speed. To control the flow of energy we must therefore, ultimately, control these quantities.

Initially, DC motors were used as VSDs because they could easily achieve the required speed and torque without the need for sophisticated electronics.

The advantage of DC drives is that speed and torque – the two main concerns of the end-user – are controlled directly through armature current: that is the torque is the inner control loop and the speed is the outer control loop.

Initially, DC drives were used for variable speed control because they could easily achieve a good torque and speed response with high accuracy.

The evolution of AC variable speed drive technology has been partly driven by the desire to emulate the performance of the DC drive, such as fast torque response and speed accuracy, while utilising the advantages offered by the standard AC motor.

Unlike a DC drive, the AC drive frequency control technique uses parameters generated outside of the motor as controlling variables, namely voltage and frequency.

Both voltage and frequency reference are fed into a modulator which simulates an AC sine wave and feeds this to the motor’s stator windings. This technique is called Pulse Width Modulation (PWM) and utilises the fact that there is a diode rectifier towards the mains and the intermediate DC voltage is kept constant. The inverter controls the motor in the form of a PWM pulse train dictating both the voltage and frequency.

Both voltage and frequency reference are fed into a modulator which simulates an AC sine wave and feeds this to the motor’s stator windings. This technique is called Pulse Width Modulation (PWM) and utilises the fact that there is a diode rectifier towards the mains and the intermediate DC voltage is kept constant. The inverter controls the motor in the form of a PWM pulse train dictating both the voltage and frequency.

Significantly, this method does not use a feedback device which takes speed or position measurements from the motor’s shaft and feeds these back into the control loop.

Such an arrangement, without a feedback device, is called an “open-loop drive”.

Because there is no feedback device, the controlling principle offers a low cost and simple solution to controlling economical AC induction motors.

This type of drive is suitable for applications which do not require high levels of accuracy or precision, such as pumps and fans. Torque cannot be controlled with any degree of accuracy. Furthermore, the technique uses a modulator which basically slows down communication between the incoming voltage and frequency signals and the need for the motor to respond to this changing signal.

To emulate the magnetic operating conditions of a DC motor, i.e. to perform the field orientation process, the flux-vector drive needs to know the spatial angular position of the rotor flux inside the AC induction motor.

With flux vector PWM drives, field orientation is achieved by electronic means rather than the mechanical commutator/brush assembly of the DC motor. Information about the rotor status is obtained by feeding back rotor speed and angular position relative to the stator field by means of a pulse encoder. A drive that uses speed encoders is referred to as a “closed-loop drive”.

The motor’s electrical characteristics are mathematically modelled with microprocessors used to process the data. The electronic controller of a flux-vector drive creates electrical quantities such as voltage, current and frequency, which are the controlling variables, and feeds these through a modulator to the AC induction motor. Torque, therefore, is controlled INDIRECTLY.

To achieve a high level of torque response and speed accuracy, a feedback device is required. This can be costly and adds complexity to the traditional simple AC induction motor. Also, a modulator is used, which slows down communication between the incoming voltage and frequency signals and the need for the motor to respond to this changing signal.

Although the motor is mechanically simple, the drive is electrically complex.

With the revolutionary DTC technology developed by ABB, field orientation is achieved without feedback using advanced motor theory to calculate the motor torque directly and without using modulation. The controlling variables are motor magnetising flux and motor torque.

With DTC there is no modulator and no requirement for a tachometer or position encoder to feed back the speed or position of the motor shaft. DTC uses the fastest digital signal processing hardware available and a more advanced mathematical understanding of how a motor works.

The result is a drive with a torque response that is typically 10 times faster than any AC or DC drive. The dynamic speed accuracy of DTC drives will be 8 times better than any open loop AC drives and comparable to a DC drive that is using feedback.

Go to their web site at www.ab.com/drives/index.html

Go to their web site at www.abb.com/us