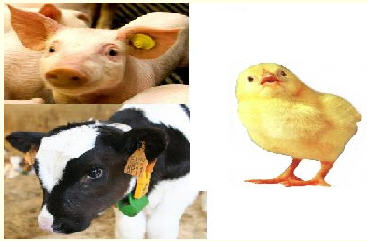 This U.S. industry comprises establishments primarily engaged in manufacturing animal food (except dog and cat) from ingredients, such as grains, oilseed mill products, and meat products.

The NAICS industry code for Other Animal Food Manufacturing is 311119. Included in this industry are:

Alfalfa prepared as feed for animals

Bone meal prepared as feed for animals and fowls

Meal, bone, prepared as feed for animals and fowls, manufacturing

This classification covers establishments primarily engaged in manufacturing prepared feeds, feed ingredients, and adjuncts for animals and fowls, except dogs and cats. Included in this industry are poultry and livestock feed and feed ingredients such as alfalfa meal, feed supplements, and feed concentrates and pre-mixes. Also included are establishments primarily engaged in slaughtering animals for animal feed.

According to the American Feed Industry Association, as much as $20 billion worth of feed ingredients are purchased each year. These products range from grain mixes to orange rinds to beet pulps. The feed industry is one of the most competitive businesses in the agricultural sector and is by far the largest purchaser of U.S. corn, feed grains, and soybean meal. Tens of thousands of farmers with feed mills on their own farms are able to compete with huge conglomerates with national distribution. Feed crops generated $23.2 billion in cash receipts on U.S. farms in 2001. At the same time, farmers spent a total of $24.5 billion on feed that year.

In automated mills, ingredients were automatically weighed out of storage, according to the formulation being used for that batch.

A smaller feedmill would usually have a simple weighing, mixing and production system. More typical of larger, more automated mills was a complex blending and mixing system with several production units.

In a simple system, one batch of about a tonne was mixed at a time. A few of the main cereal ingredients, held ready-ground in bulk bins, were drawn onto a conveyor and into the mixer. Any medicinal additives were incorporated at this stage (for more on medicinal additives, see the section below on cross-contamination). If the feed was to be sold as a meal, it would now be diverted to storage. Otherwise, steam was added to the meal mixture to raise its temperature (a procedure known as ‘conditioning’) before the material was forced through a ring roll press to form ‘pellets’, which varied in diameter from 2.5 to 20 mm. The moist, hot pellets were then passed through a cooler to reduce their temperature, also causing them to harden. If some of the production was to be sold in bulk, the sieved pellets or mixed meal went to holding bins. However, in small mills of this type it was not usual for much of the feed to be delivered in bulk, in which case it was bagged.

In a more complex mixing system, typical of a high-volume mill, there were groups of bins for cereals, proteins and possibly minerals. These bins discharged their contents in discrete batches of one to four tonnes through separate, computerised weighers to a collecting and elevating system. The material then passed through a hammer mill, which reduced the particles to a size which allowed them to pass through a screen from which they were conveyed to the batch mixer. This was usually a ‘three-tier’ mixer consisting of:

At this stage the vitamins, trace materials and other low inclusion ingredients (such as medicinal additives) were normally added in a premix directly into the mixer. Some oils and other liquid materials could also be added at this stage. After a mixing period of three to four minutes, the batch was transferred as a meal to bulk storage ready for bagging or bulk delivery, or to conditioning and conversion into pellets. A high-capacity mill of this type probably produced a large proportion of its output as pellets or cubes, and as much as 90 per cent of its output was delivered in bulk.