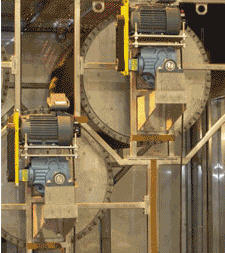 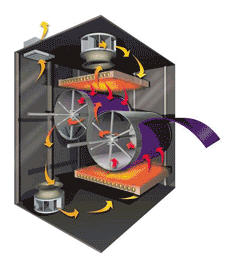 roduct is spread over a steel band which passes over two hollow drums in a process that occurs under partial vacuum. The first drum is heated internally with steam and radiant heaters are positioned above the band to facilitate the evaporation of water. The partial vacuum of the atmosphere accelerates the evaporative process. The band then passes to the second drum with is cooled and the product is scraped from the band. Shelf driers more closely resemble a batch process. The product is spread onto trays that are heated in a partial vacuum chamber to facilitate evaporation. Later, the dried product is scraped from the trays.

Vacuum band driers can be used to produce a range of products, however their most common application is in the production of puff-dried foods. The disadvantages of the process are high capital costs and relatively low production rates.